Depression – Sharing with you one person’s story

“For years I thought why me, why do I feel as though it’s always my fault, why is it always like this, why does nothing change, people give me all this help and advice and i just don’t seem to be able to do anything with it.

And then I realised, the only person blocking my recovery was me – but I had my reasons …right? That old chestnut, never fails to keep you stuck…

I had the choice to feel like this or not. It wasn’t something forced upon me by other people. Sure some people didn’t help and yes, being out of work and living in shared accommodation wasn’t great for me but day after day sitting there thinking why won’t anyone help me was the worst thing that held me back.

For starters, it wasn’t true – there were people who wanted to help, my therapist, my doctor, the job centre, the guy down the corridor with the ferret that we all turned a blind eye to. I was just tricking myself, telling myself that no-one cared when actually when i look back it was me that was ruining my chances, my shadow blocking the daylight, me carrying on the negative thinking, me finding excuses and reasons not to do something different or think differently. I blamed everything I could; my sore knee meant walking was difficult, i had no money so why go outside, i lose interest quickly or can’t get motivated because everything is so bad ( or so i told myself) so why bother at all, I don’t think there wasn’t a negative thought I didn’t have and I was set on using them against me.

Why? Maybe it was familiar, a set of rules that kept me locked away from the world, from taking responsibility for myself, to beat myself up with because that’s what I thought i deserved. But the reality was I was my own jailer – which also meant I had the key, the power, the control, to turn the lock and live. I couldn’t blame anyone else or my situation any longer – i had two choices, i could sit in my inner cell waiting for the doom of the next day or i could go out and face the world, the real world, not the world i had created in my mind.

And so that’s what I did. At 34 years old I opened the door and started to see the real affect I had on people and that they had on me. Depression makes you extremely selfish whether you want to see it or not – i realised that people had been walking on egg shells – in the same way I had – trying to hide their feelings from me in case they hurt me or ‘made me feel worse’. In affect I had dragged them into my cell whilst telling myself ‘put on a happy face that will protect them’ in reality it was as transparent as cling film despite what i thought.

I felt very guilty at first seeing the effect i had caused but soon I also saw the positive effect that my stepping into the world was having on those around me. There was more laughter, people felt able to be ok and happy around me, and I in turn allowed myself to feel that too.

I think that’s what healed me the most in the end, i began to accept myself, enjoy other people for what they were not what I imagined they were or thought and I saw that I was no different from any one else.

Everyone has choices and I finally learnt that, thanks to those people around me who never gave up on me however hard I tried to distance myself. They believed in me and saw all along what I tried to hide from myself for all those years – the real me was ok and although life wasn’t perfect, it was good enough and I was good enough to be a part of it”. Anonymous. 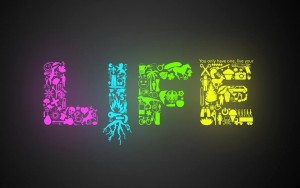 Telephone
07875857251 or 01359 251395 confidential answerphone available. Please know that my opening hours are 9am-9pm, 7 days a week and I will respond to your call/email as promptly as possible during these working hours.